Targeted delivery system is a niche scientific development, but is there an established delivery mechanism to handle it?

An absolutely novel way of anti-tumor drug delivery for the first time in human using “minicells” derived from bacteria is found to be safe, well tolerated and effective even in advanced stages of cancer. A biotech company in Sydney, Australia, designed the minicells created from small bubbles of cell membrane pinched off the surface of mutant bacteria[1]. These minicells, help to deliver anti-cancer drugs directly to tumor cells, thereby reducing the toxic side-effects that are seen when chemotherapy is given to patients systemically.

In chemotherapy,there are many toxic side effects like Fatigue,Skin Problems,Hair Loss,Loss of appetite, Lymphodema, Vertigo, Urinary tract infections,Hemorrhagiccystitis,hairloss (alopecia) etc..,, Hair loss is one of the most distressing side effect of cancer treatments. Hair loss happens because the chemotherapy affects many other cells in the body, not just the cancer cells. The lining of the mouth, stomach, and the hair follicles are especially sensitive because those cells multiply rapidly just like the cancer cells[2]. 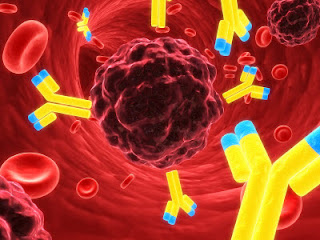 The difference is that the normal cells will repair themselves, making these side effects temporary. Minicells acts only on the targeted cells without affecting the normal cells thus minimizing the side effects caused due to the chemotherapy which desperately damages the normal cells. Targeted drug delivery system is a felicitous method of delivering medication to a patient in a manner that increases the concentration of the medication in some parts of the body relative to others where only the affected cancer cells gets cured. The goal of a targeted drug delivery system is to prolong, localize, target and have a protected drug interaction with the diseased tissue[4].

Minicells are generally filled with anti-tumor drugs and encrusted with antibodies targeting the encumbered minicells to tumors expressing the Epidermal Growth Factor Receptor (EGFR) a protein that is found on the surface of many cancer cells. Minicells acts as the targeted release system helps in reducing the frequency of the dosages taken by the patient, having a more uniform effect of the drug, minimizes side effects of drug, and also helps in reducing fluctuation in circulating drug levels. This shows that the minicells reach the tumor cells averting normal cells which obviously don’t have the same receptors.

The tumor cell determines the bacteria from which this minicell has being derived and activates its defense by swallowing the minicell, which manifests cell nucleus to whichever tumor-killing drug the minicell is carrying [5].Each minicell is 200 times smaller in diameter than a human hair. This is the very promising and advanced treatment for cancer where there is a selective delivery of anti tumor drug at the targeted site which safeguards the normal cells from needless adverse effects.

In the future this will enable a truly tailored medicine approach to cancer treatment, as the million molecules of the drug can be attached to the targeting antibodies and delivered to the body in a secure manner[6]. Targeting of drugs to special cells and tissues of the body without their becoming a part of systemic circulation is a very novel idea. But there are no proper methods to administer into the human body.

Delivery mechanism of minicells is a desired pharmacological response at the selected sites without undesirable interaction at other sites; there by the drug have a specific action with minimum side effects and better therapeutic index[7]. But it is very expensive method and the main drawback is that the minicells will not get absorbed in the gastrointestinal tract when administered orally, moreover there is no much information regarding route of administration of minicells and how they act exactly.

Although it is very effective in vitro, there is no established mechanism to deliver minicells in vivo. By which route these minicells are administered is not known properly and it is still remained a question, as how to deliver this minicells in best effective manner.