India, which has now jumped to the second spot after China as the leading exporter of herbal products, will soon make it mandatory for all new traditional medicines to undergo clinical trials before hitting the market. 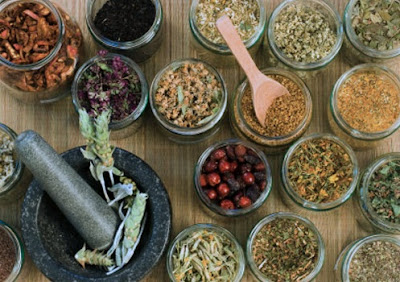 This will include only the new patented drugs and not the classical formulations that find mention in India's ancient texts, some of which are 5,000 years old.

Till now, there has been no formal protocol on how traditional drugs should be tested for safety.Besides, the Drug Controller General of India (DCGI) has no expertise to handle herbal medicines.

The department of AYUSH (Ayurveda, Unani, Siddha and Homeopathy) is now pushing a proposal to have two separate drug controller generals - one for allopathic medicine and another for traditional medicine.

The Expenditure Finance Committee has also approved creation of Central Drug Controller for AYUSH drugs. There are around 10,000 ASU (Ayurveda, Siddha and Unani) drugs' manufacturing units in the country.

Latest figure shows in 2010 exports of AYUSH and herbal products stood at $790 million as against $1,329 million for China.

Secretary AYUSH Anil Kumar said on Wednesday, "Till now, it was never felt necessary to check the standard of ASU drugs as most of them were part of ancient Indian texts with their benefits proven for hundreds of years. However, now we are going in for strict enforcement of quality and safety of herbal drugs. We will soon make it mandatory for all new patented herbal medicines to undergo human trials before they are introduced in the market."

Union health minister Ghulam Nabi Azad recently said, "To ensure the quality and standards of ASU medicines and effective enforcement of the provisions of the Drugs & Cosmetic Act, the Ayurveda, Siddha and Unani Drugs Consultative Committee (ASUDCC) recommended creation of separate drug controllers for ASU drugs. It will facilitate the increased acceptability of Ayurveda, Unani, Siddha and Homoeopathy medicines within the country and abroad."

Quality of India's herbal drugs has always been in question, especially in the Western countries. According to European Union's Traditional Herbal Medicinal Products Directive (THMPD), companies making herbal products will have to provide clinical data to demonstrate its safety through use of those products within the EU for a minimum of 30 or 15 years within the EU, and 30 years outside the Union.

AYUSH, however, has asked the EU to change the clause into 30 years of use anywhere in the world or country of origin.

According to data compiled by Pharmexcil from UN Comtrade, the export of India and China in 2010 was $790.56 million and $1329.72 million, respectively, out of total global export of $7592.08 million (for 165 countries). This pertains to export of medicinal plants, herbs and value-added products like extracts including essential oils, gums and resins.

"AYUSH has very little side-effect, has a soft environmental footprint and is engrained in local temperament. Its huge resource of hospitals beds (62,000), and health workers (7.85 lakhs) need to be efficiently utilized," Kumar added.

"Standardization of classical formulations, AYUSH therapies and yoga practices are being given due focus," steering committee on health said.

The department estimates that there are around a million village-based, traditional AYUSH community health workers who possess knowledge related to various streams like midwifery, primary healthcare and bone setting. There are also more than 100 million households that possess knowledge of home remedies, ethnic foods and nutrition.